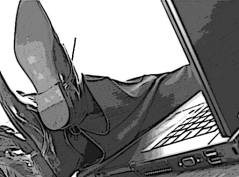 Time to be great.

Well, it finally happened. I can’t hold it in any longer so here it is spilling out onto the screen. You know, the little observations building inside wanting to bubble out but, when you try sharing them with others, it doesn’t have the same “umph” it did in your head while you were observing it. In my head, I have a little filing cabinet in which I keep just such little tidbits about the world around me. Though some will not agree and others will just shake their heads while walking away, I have to unload them, spread them out for others to share, comment, and poke fun at. Why must I do this? Can’t I just leave them stuffed quietly in their drawer collecting dust? Well, I could but, there is a problem. If I keep these observations hidden in their dark little corners, I will eventually spew (yes, I said it) out all over the unsuspecting public in the most inappropriate way. So, like any well-behaved, moderately shy person, I am going to dump them here and make room for the next batch. Once released into the wild, they will no longer haunt my thoughts. Shall we begin?It ever amazes me people will spend an obscene amount of money on a shiny sports car that will do 0 to 60 in less time than it takes a hooker to collect her payment, only to sit right beside me in the same rush hour traffic day in and day out. For all of the speed and prestige their $60,000 glittering, over-compensation tool may hold, rush hour is the great equalizer, leaving them rolling along at a whopping 5 miles per hour. They are so proud of their little convertibles they think nothing at all of showing all of us, in 5 pm traffic hell, how completely cool they are by keeping the top down in 100 degree temperatures, all the while blinding us with their gleaming bald spots. Can I say “hair care for men”? Seriously!

While we are on the subject of convertibles, exactly how much hair spray does it take to keep one’s hair in place while driving down the highway? I am not talking about mostly in place. This is the “not a hair moving at 60 miles per hour” helmet hair. Not really something that screams “sexy” in my book. Somewhere, an elderly Aqua Net sales representative is collecting his bonus check.

Speaking of bonuses, what is the driving factor in the argument over the national budget? The last time I saw so many people getting paid so much money to accomplish absolutely nothing would be the St. Louis Blues about five years ago. Or could it have been the Rams last year and the year before that? We live in a country which elects its representatives who have not represented anything but their own bank accounts for as long as anyone can remember. In fact, it almost seems the politicians are working against the country-forget the whole represent the people thing.  We spend money on programs that lead nowhere while good programs have to panhandle for funds just to keep going. Corporations hold out their hands and get billions, of dollars to produce sub-par products and whine when nobody wants to buy them anymore. It isn’t like we have many good choices at the polls either to make a change. As long as our representatives are catering to the special interest groups and fighting just for the sake of fighting, their padded bonuses will continue to swell while we will continue to fall further and further from the mark.

How do you segue from politics to Amy Winehouse? I am not sure, but we lost a great, wonderful person in the not too distant past, a shining star in the music industry, an inspiration to all the little tweens out there. Who am I kidding? Winehouse is just another example of the media picking a scab. Over the years, Amy was known more for her off stage substance abuse and less for her musical talent. She had a song all about resisting rehab -it is not like we didn’t see this coming. Even in her tabloid obituary photos, the media reports are showing pictures of her arrest and drunken antics. The one thing that upsets me the most about her untimely passing is that, because she died at the young age of twenty-seven, they are comparing her to the truly legendary musicians, such as Janis Joplin, Jimi Hendrix, Jim Morrison, and Kurt Cobain, who are members of the rock and roll’s ’27 club’. This group of musicians passed away at the same age as our recently departed Winehouse. I hope that music historians don’t look back and idolize Winehouse because she had the ill-timed, coincidental passing at the same age. Instead, they should look upon her as the poster child for television shows such as: Intervention, Celebrity Rehab, and COPS. And do we really have to point out that heroin is bad? The “tragic” deaths brought about by heroin recently are tragic because these people could not shake their addictions.  However like the aforementioned Winehouse, they were not unforeseen. So RIP Corey Montieth and Phillip Seymour Hoffman your talents will be missed but hopefully others will heed the lessons from your sad lives.

Speaking of fast cars and stupid celebrities, why must the breaking news be about Justin Bieber?  From egging his neighbor’s house, to driving too fast and recklessly through Florida in a rented-yes you guessed it-convertible sports car, Bieber has been off the rails.  He is not “news”, he is a cautionary tale to be told alongside the likes of another former child star like Lindsey Lohan. Their antics go beyond stupidity to just criminal and while we have to keep Lohan, can we give Bieber back to Canada now?

With all the tragedy all over the news and the decline of inspirational television, it is no wonder that the two largest growing entertainment segments are survival shows and zombies. Discovery Channel is producing a wealth of information on how to survive common situations. These are the situations that you may find yourself thrust into at any moment. Just think, you are on your way to the grocery store, and without warning, you are stuck in the jungles of Central America with only a piece of twine and cell phone battery. It could be that you are coming back from taking the children on a family vacation and get lost in the wilds of the Everglades. Who puts themselves in these situations? I will admit that I am a fan of these shows but by the time I am stranded on a remote Pacific island, I won’t be running through my mental index of how to find the nastiest bugs that will give me 20 mg of protein to survive on for the next three days. What happened to just taking your kids to Boy Scouts and learning how to start a fire with twine and a stick?

It isn’t surprising with the news that we see every morning, the greed and corruption around us at every turn, and the self-destructive idols marketed to us each day, why the idea of learning how to survive the end of civilization has become popular. Just think how many of these shows you have on your DVR right now or what books you are stockpiling on how to make tools like McGyver. Is it really any wonder that the end of the world brought on by flesh-eating zombies is more comforting than the age-old fear of destruction by World War III? At least we will be prepared…

7 Comments on Convertibles, Winehouse, and Surviving the End of the World 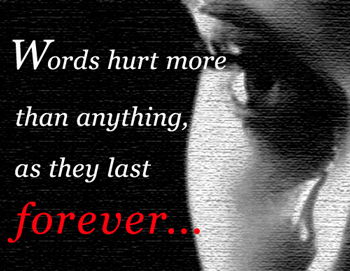 by Jerry B. in Family

Wait it’s just about to break It’s more than I can take Everything’s about to change I feel it in my veins It’s not going away Everything’s [...]

© 2019 Tripthroughmymind.com. The content of this site is own under copyright protection.